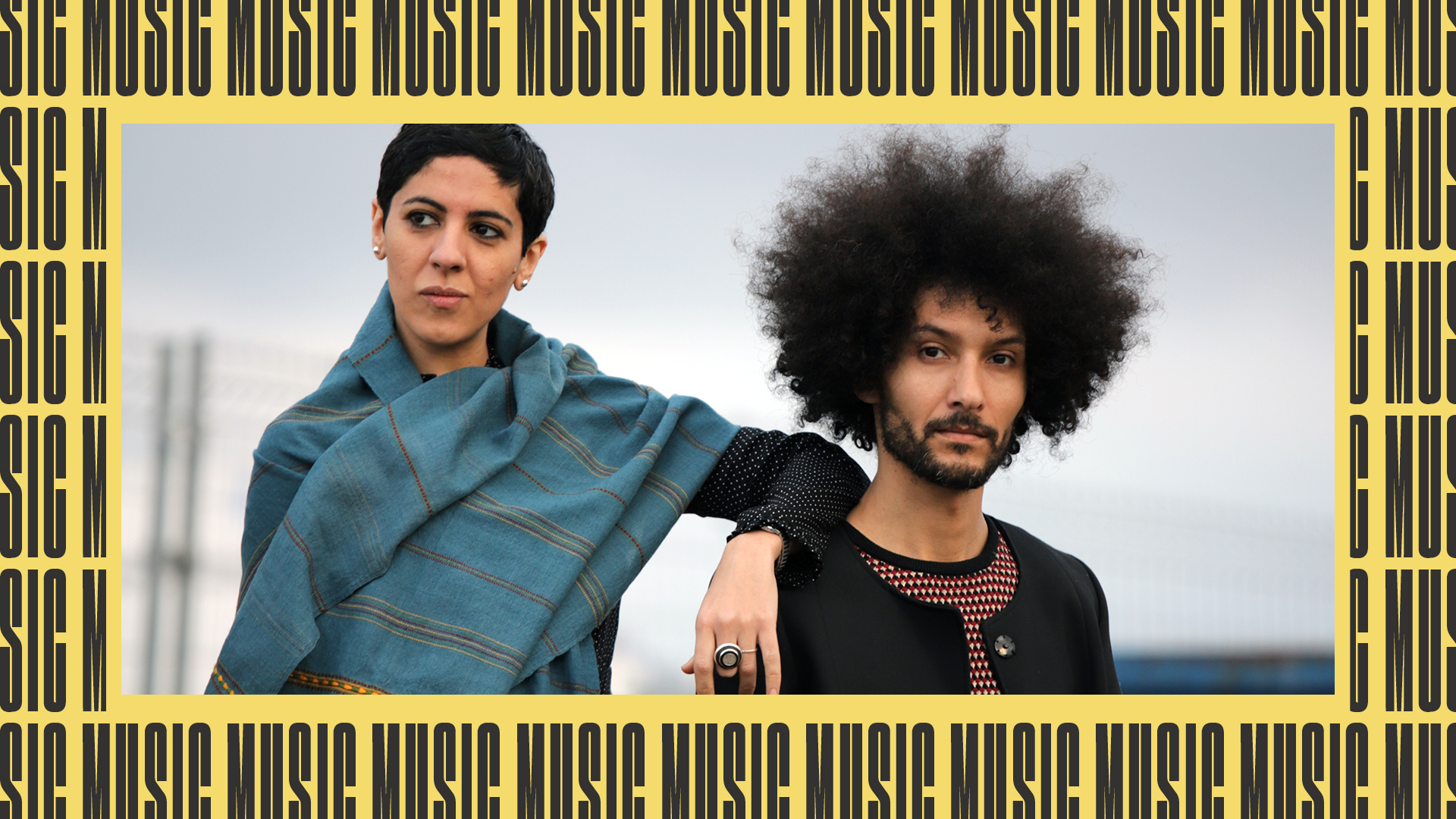 The piece they will be performing is the story of exiled people who have come from elsewhere with their mystical songs, unsettling text and compelling rimes. Guided by these mystical tunes and the abrasive flow by the charismatic Walead Ben Selim, N3rdistan elaborates a resolutely bold fusion, which is unusual, and serenely avant-garde.

Between rock, trip hop, electro, oriental-beat with world influences, this quartet mixes with ease digital power, ancestral Arabic poetry, the targeted singing intermingling here and there with the melodies of a Qanoon and African Keys. Without falling into the trap of ethnic-electro this firey sonorisation serves as an engine to this group producing the most highly musical journey of the moment.

Born in Casablanca in 1984, Walead Ben Selim was a bright and inquisitive student who rebelled at an early age. At school he founded with Houssine aka Wu-Sen, one of the first rap group of Morocco, ‘Thug-gang” joined by Widad Broco the first women rap artist of the Arabic world, which then became “TG Crew”, a dozen groups playing rap, dance, Graff. Moroccan rap was thus at his beginning and Thug Gang played a critical and abrasive hip-hop, oscillating between the need for limits, and social uprising. With time they became the flag bearers for their friends but also for the Moroccans youth suffering from lack of liberty and new forms of artistic expression. Together they won the ‘tremplin’ for young musicians in 2001 and the Moroccan hip-hop championship.In 2011 after travelling and cultural exchanges with Africa, Asia, and Europa, Walead called upon Nidhal JAOUA a multi-instrumentalist to create a digital synopsis of his musical experiences to build the foundations of the group with Widad, joined by Cyril Canerie a studio drummer, of Internationnal renown and Khalil Hentai (Epi), the group became finally formed in May 2014 before being selected for the “Inouîs de printemps de Bourges” in 2015.

Trans generational and transgender, appealing and incredibly mystical, N3rdistan is on the frontier of electronic music, rap and Arabic poetry. On stage, N3rdistan is a ball of energy, which get stronger as the minutes go by, the melodies sometimes aggressive, sometimes gentle are sung by unusual voices in which the ease surprises and destabilises, an explosion of colours.

“An electro-urban project with its tools in Oriental inspiration. They show their determination to remember actions by past generations in causes, which are still topical today. N3rdistan ‘s message is timeless” – NovaPlanet

This event is brought in partnership with Liverpool Arab Arts Festival.